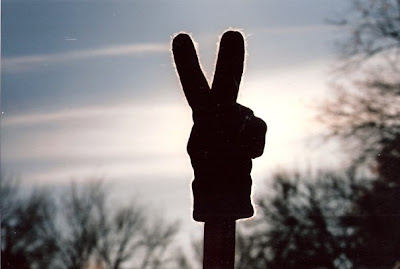 One cold morning all of us were waking up, I sat inside my tent, looking out the front door.  I spotted Alfred with his towel draped over one shoulder, obviously returning from his morning wash-up.  He was dancing.  Alfred was always dancing.  He floated on air and held his arms out as if he were leading a lovely lady.  He was good friends with Tom, and he knew we occasionally tented together, so he danced up, peered in and asked in amazement how many of us were in there.  I laughed and sheepishly explained that several of us were all sleeping together to stay warm.  Alfred nodded his approval and said that the overnight temperature had been eleven degrees.
Posted by Laura Monagan at 2:53 PM